COBB South Africa operates from two large, modern grandparent units. The first in the Mpumalanga Province, where our new breeder and hatchery complex was inaugurated in late 2000. Due to the demand for the COBB 500 product, further investments were made and at the end of 2007 a second production unit was opened in the Eastern Cape. We now have two strategically positioned production units. They are strategic for supply and biological risk management in the event of a major disease outbreak. We aim to offer a better-quality breed of chicken to local poultry farmers, and our success in this endeavour has been unparalleled. It can largely be attributed to the high performance and consistency of the COBB breed, which translates into exceptional meat yield, excellent appearance, uniformity and taste quality. The COBB breed now has over 50% market share in South Africa. 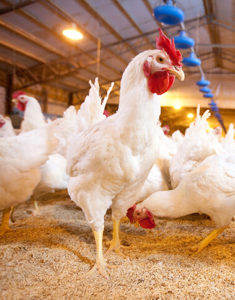 The COBB breed now has over 50% market share in South Africa
COBB began in Massachusetts, USA in 1916 and came to SA through a partnership with Rainbow
COBB is recognised as the breed of choice with customers worldwide
Discover how to prevent and protect yourself from the COVID-19 pandemic here.